Stoked to be part of such a great cause this Holiday season.

The 2015 Boards for Bros Annual Holiday Distribution was a huge success. Santa and his helpers killed it all day handing out skateboards, giving lessons and showing the new skaters what it means to hang with friends and have fun. Over 175 skateboards were handed over to their new stoked owners and even a few scooters were ditched in the process! It was an amazing end to an epic year that had us distribute 525 skateboards to kids in Tampa and beyond. Endless thanks to all of our donors and volunteers who have made this possible. 2016 is going to be bigger and better than ever (we already have over 35 kids on our distribution waiting list) so let’s keep growing this and change even more lives, one skateboard at a time.

In this episode of SPoT On, the Skatepark of Tampa crew made a trip down to Miami for a contest at Grand Central Park, Miami’s DIY skatepark. While they were there they caught up with resident pro Danny Fuenzalida, one of the dedicated people responsible for making the park a reality.

I know that this is kind of last minute, but I had to at least say something. A lot of people have been asking me recently how I feel about the Bro Bowl potentially being torn down. Well, personally I love the Bro Bowl. I have 23 + years of memories from the Bro Bowl. Some of those memories are really good memories…some of them, well, not so good.  That being said, if the trade-off is the park that you see represented in the drawings below…tell me when and where and I will be there with a sledgehammer to help with the demolition.

The new park is slated to be 3 times the square footage of the existing Bro Bowl and would be just a few hundred yards away at the north end of Perry Harvey Sr. Park. Included in the preliminary design is a modernized snake-run and bowl replication of the current bowl, street-course, shade/ shelters, BBQ grills, legit parking, Free, No Pads, Lights, Open 24 hours, and even the original moguls as a monument with a historical placard. Oh, and of course, Team Pain Skateparks will be doing the Design/ Build. Sounds good to me.

There is a meeting tomorrow morning at 9 am at Old City Hall in downtown Tampa to decide whether the Bro Bowl is worthy of a historical designation. If a historical designation is granted, the Bro Bowl can’t be touched and will remain…which means no new park. If you can make it please attend the meeting tomorrow morning and voice your opinion. Old City Hall is located at 315 E. Kennedy Blvd. Tampa. The meeting is on the 3rd floor. – Nicks

Sometimes you just have to Do It Yourself…just like they are doing in Miami. Take a look at the “Introduction” video about Miami’s Grand Central Park DIY spot. Quit bitching, get organized, and make it happen. Make sure to check out all of the other videos and subscribe to DIYMIAMI‘s channel while you are there.

Check out this killer little edit of some of the MIA Skateshop crew and friends skating Grand Central Park. Grand Central is a new D.I.Y. project in downtown Miami that has been growing by the day thanks to some generous donations and the hard work of the local skateboarders. Featuring: Johnathan Alvarado, Ariel Alvarado, Rafael Lynch, Lazaro Reyes, Danny Fuenzalida, Jon Baragwanath, Manny Benitez, and more…

Underexposed is a documentary about women’s skateboarding by female skateboarder and filmmaker Amelia Brodka. Take a look at her video recap of the Women’s Division at the 2013 Florida Bowlriders Cup from a couple of weeks back. These girls shred! Also, make sure to check out the trailer for Underexposed (below) and stay up to date with the Underexposed Facebook Page for upcoming screenings.

Team Pain Skateparks builds some of the best skateparks in the world. In the last year, they have built three incredible parks right here in the greater Tampa Bay area (Brandon, Apollo Beach, and Bradenton). I was in Colorado last week on vacation, and coincidentally stayed in a hotel about 500 ft from Team Pain’s latest project in Gunnison. So, the next morning I stopped by the job site to take a peek. Looks like they are moving right along as usual…It was 7 a.m. and 28 degrees, and the crew was already working. Gunnison, Colorado is a small town of 5,854 residents that sits at an elevation of 7,703 ft. If a town as small as Gunnison, Colorado can manage to have one of the best skatepark builders in the world build them a proper skatepark…why can’t your town? Take the lead, start a petition, and push your local city council to have Team Pain Skateparks build a proper park in your town. Check out the progress photos below. – Nicks

So, word today is that the brand new Team Pain Skateparks park in Apollo Beach, Florida is set to have a soft opening on Saturday, July 28th @ 10am. The park is located at 628 Golf and Sea Blvd, Apollo Beach, FL 33572. Come on out and celebrate another Team Pain masterpiece in the Tampa Bay area!

Team Pain Skateparks has a Field Report from Bradenton, Florida on their site this week. All we can say is “Wow” !

Here is just a little taste of how big Jacksonville, Florida did Go Skateboarding Day 2012. As you can see, thousands of people descended upon Hemming Plaza in downtown Jacksonville for shredding, music, an art show, a chopper show, an antique car show, and good times! Hemming Plaza is one of those places; seems like every city has one; where there are a bunch of good spots, but is a huge bust…tickets, boards being confiscated, etc. Well, this year, for Go Skateboarding Day, the city of Jacksonville, with the help of all of the sponsors, decided to allow Hemming Plaza to be skated, while also benefiting the Kona School. This is an edit of the Autoline Preowned Street Best Trick Contest. Full coverage of the entire event is coming soon!

Filmed and Edited by James Grosser for Autoline Preowned.

Lot’s of really killer Team Pain Skateparks news & updates to report today! First, it looks as though the Apollo Beach Skatepark is finished and ready for shredding. This is one of the most innovative and unique skate plazas ever built. Stay tuned for the official Grand Opening which should be in about a month. Also, the Providence East (Brandon) park is ready for a schralping and the official Grand Opening celebration is Saturday, April 21st @ Noon. Finally, Team Pain is breaking ground in Bradenton! 17,000 sq. ft. of crete, situated on the waterfront in downtown Bradenton! 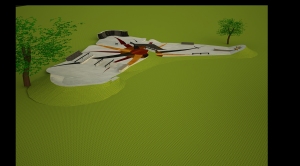 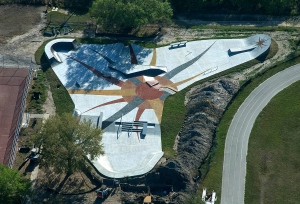 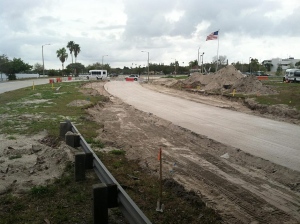 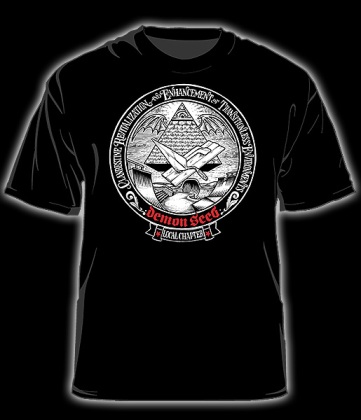