Skateboarder Magazine has a killer edit of the 2013 Tampa Pro Finals and Luan Oliveira’s winning run.

This obviously needs no introduction. Evan Smith just joined the professional world of skateboarding. He has one of the most creative and unique styles I have ever seen. Sit back and enjoy…The Evan Smith Experience. – Nicks. 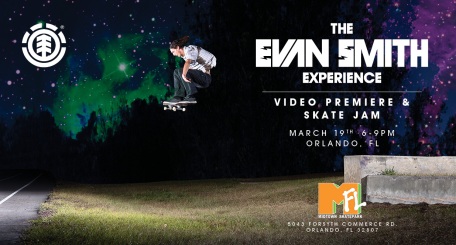 Filmed and Edited by llluuukkkeee904

Evan Smith & CJ Dixon get in a quick sesh at the infamous Flushing Meadows Gap in Queens.

Filmed and Edited by Colin Clark.

Jagger Eaton is 11 years old, shreds, can skate anything, and took 3rd place at the 2012 Tampa Am.

And, of course, the biggest Industry News of the week is Chris Cole now rides for DC. Crazy things are happening in the skateboarding industry…should be interesting to see how things shake-out.