Once Again Ladies and Gentlemen…Poptart

Poptart…All He Does Is Win.

Poptart took it all the way to the roof this year. The Bricks and SPoT Ybor Three-Year Anniversary Party. Photo © No Comply Skateboard Mag.

Bro Cam | A Day At George’s

I have been receiving a ton of photo submissions, so I thought I would do a post to feature a bunch of them. They are too rad not to share. These photos have been coming in from all over the state of Florida…and even a couple from other locations as well. As always, please send your photo submissions to nocomplymagazine@gmail.com. Please be sure to include: skater’s name, trick, location, etc. Also, make sure to tag your Instagram photos #nocomplymag. Thanks for the continued support! -Nicks 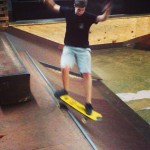 The Fiber-Rider now resides in a private backyard near Orlando. Photo @instaramp 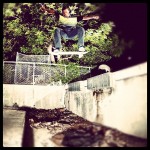 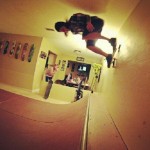 The INSTA-RAMP crew set up the ramp in Hemming Plaza in downtown Jacksonville for a demo during the 2012 Jax Film Festival. Check out Chris Jolly’s edit of George Evans, Tim Johnson, Marshall Lafrance, Spencer Lau, Pat Brown, and Vinny Sandoval killing it.

Filmed and Edited by Chris Jolly

Clip of the Week #11 features a few quick clips of the Insta-Ramp session during The Bricks & SPoT Skateshop Ybor Two Year Anniversary Party.

Filmed and Edited by Nick Nicks.