This thing looks like hours and hours of fun. Check out the First Session on the Red Curb at The Boardr Headquarters in Tampa for some daily inspiration.

Southbound and Down | On The Boardr

This was a killer day. Huge thanks to The Boardr for the hospitality. Check HiDef Joe’s footage of Southbound and Down, The Boardr’s first ever event at their Tampa HQ.

Several new Instagrams for you this morning. Tag your Instagram photos #nocomplymag.

E-mail us at nocomplymagazine@gmail.com with your name and address and we’ll send you free stickers. Photo @hello_koda

Have several more killer “User” submitted photos to share this week. Send your submissions to nocomplymagazine@gmail.com or tag your Instagram photos #nocomplymag 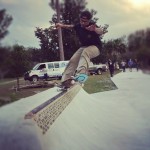 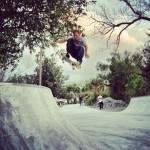 RIDE Channel has some highlights from Thursday Practice and the “Welcome to Tampa Party” at Day One of the 2012 Tampa Am.

SPoT Life | Expedition One in Tampa

Check out the latest episode of SPoT Life featuring Expedition One. From the Harvest Jam @ SPoT, to Bradenton Riverwalk Skatepark, back to Tampa for a private driveway session.

RIDE Channel‘s newest episode of SKATE features Tampa, FL with a personal tour from Ryan Clements and the SPoT crew. Things get started at the park, they hit a couple of street spots along the way, stop at The Bricks for some refreshments, and finally end up at the legendary Bro Bowl.

RIDE Channel has some more crazy, historical Skatepark of Tampa footage for your viewing pleasure.

The History of Skatepark of Tampa | SPOTS – Part 1 of 2

Episode 2 of SPoT Life from the Ride Channel finds the crew in Las Vegas for some trade show fun.

Episode 1 of “SPoT Life” just dropped on the RIDE Channel. Make sure to subscribe so you can keep up with the contests, events, and general skateboarding mayhem that the SPoT crew finds themselves in the middle of all over the world.

SPoT Life documents the Skatepark of Tampa crew’s world travels from an up close and personal, behind the scenes, point of view. Make sure to subscribe to the Ride Channel to stay up to date with SPoT Life and all of the other rad weekly shows!

Coming January 17th on the Ride Channel. Make sure to subscribe so you can stay up to date with all of the SPoT crew’s worldwide adventures.

The Skatepark of Tampa is featured in The Berrics latest Field Ops segment. These dudes have contributed so much to skateboarding over the last 18 years and they are here to stay. Check it out. 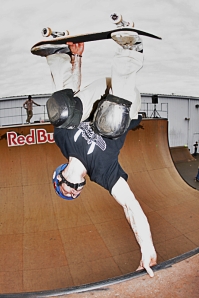 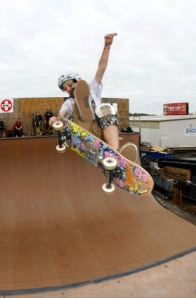 Florida Vert Jam #4 is in the books. Once again, a great time was had by all! Thanks again to Todd Morrow for making it all happen, Ryan Clements and Skatepark of Tampa for hosting the event (and socks and beers at The Bricks), Ghetto Skateboards for their generous product contributions, Demon Seed Skateboards crew for killing the place, Laybackgrind.com for shooting photos, and everyone that skated and hung-out! Congratulations to Jake Ilardi for sticking the McTwist and Rich Payne for putting down the Rotten Egg! The skateboarding was sick as usual! Looking forward to #5.

Check out this footage from Colin Clark of Saturday’s skating, interviews, and all-around craziness at the 2010 Tampa Am.